The layout and organisation of the exhibition spaces blends seamlessly with the architecture of the building and perfectly reflects the museum’s aims.

Architecture of the building

On entering the interior of the building, the visitor is confronted with the monumentality of the building. The interior extends to an imposing façade that is ten metres high and is entirely glazed. The interior is formed of two symmetric modules linked by a central skylight. The exhibition spaces are laid out over two totally open-plan levels: a lower level of 3000 m2, and a mezzanine level of 900 m2.

The museographical trail at the Guerre et Paix en Ardennes museum is divided between 5 areas.

An introductory area places Ardennes within its context as a territory much affected by the course of History.
The following areas cover the history of the 3 conflicts, the way they followed on from each other, the stability and and disruption involved, as well as the military, political, economic and technical, social and cultural aspects.

Finally, there is a conclusive area called “War and Peace?” which explains how our world is constructed on the basis of the heritage of these contemporary conflicts. It reminds each visitor that everybody has a role to play and becomes an actor in History. The museum is fully committed to a citizen-based approach.

The museography combines a museography of objects, through the traditional presentation of objects in display cases, with a more immersive museography through de creation of different atmospheres, decoration and recreations, images and sounds and interpretive displays… 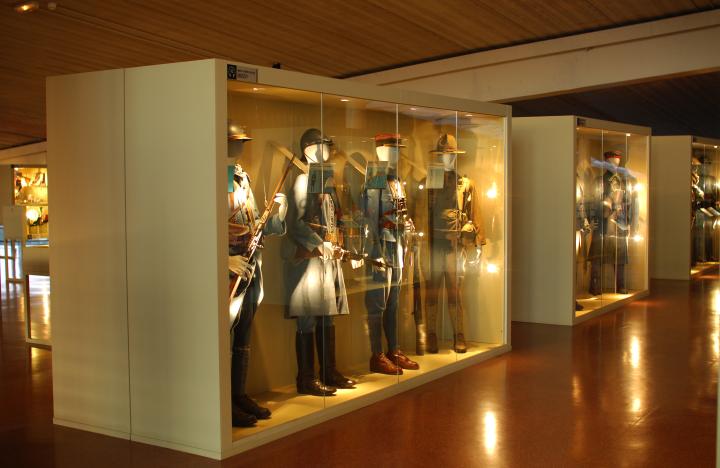 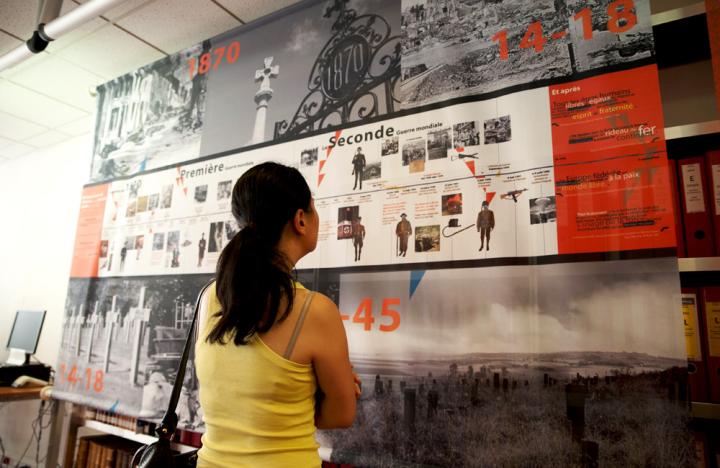